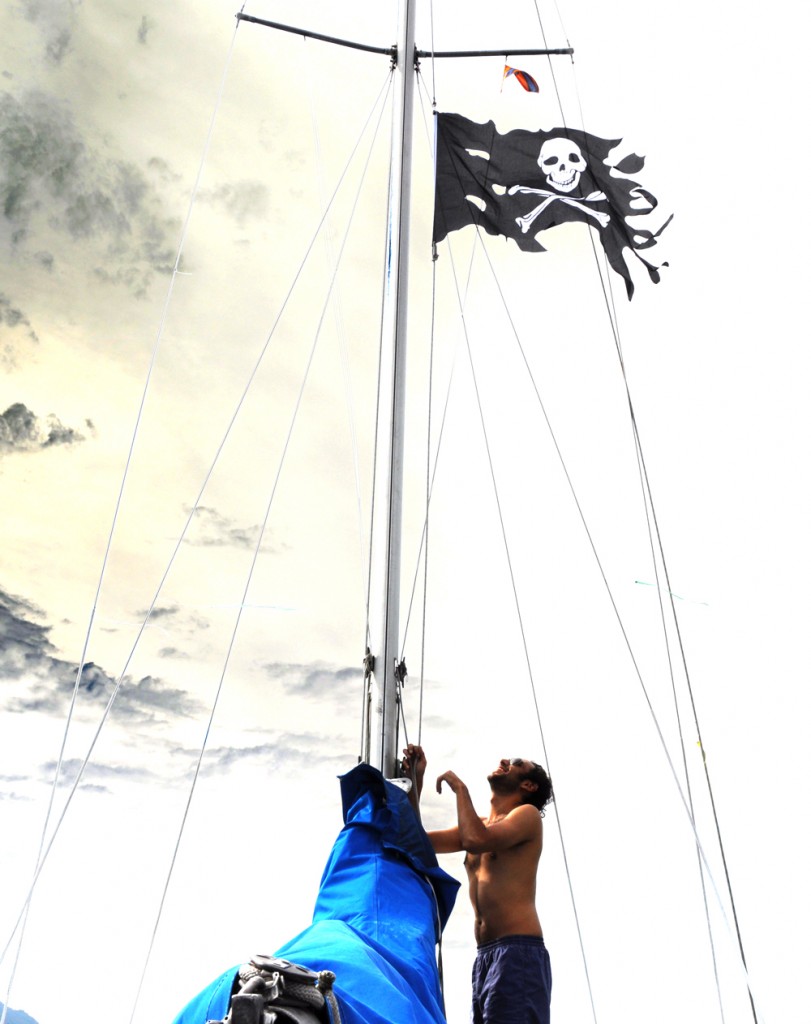 *Lately I’ve been reading ‘The Many-Headed Hydra’ by Linnebaugh and Reddicker.
And today an article my father sent me, from the NZZ of 29 June 2009 entitled ‘Die Fortschreibung einer Legende’ by Michael Kempe… also about piracy.

Additionally, last sunday the pirate party of Switzerland was founded in Zürich – even though ‘true’ pirates naturally do not join a ‘party’, but simply join the crew by being on board.

‘Jolly Roger’ is the name of all skull-and-bones pirate flags in general. They signify to the other the possibility of surrender and to join, to save one’s own life.
This in contrast to the (blood-)red flag, which symbolises certain death for all on the hostile ship.

The one raised by me on Lake Zürich aboard the Gypsy -skull above crossed bones- is specifically the flag of captain Edward England, who died for being too nice… It is from a gift-shop at the Europa-Park, Rust.