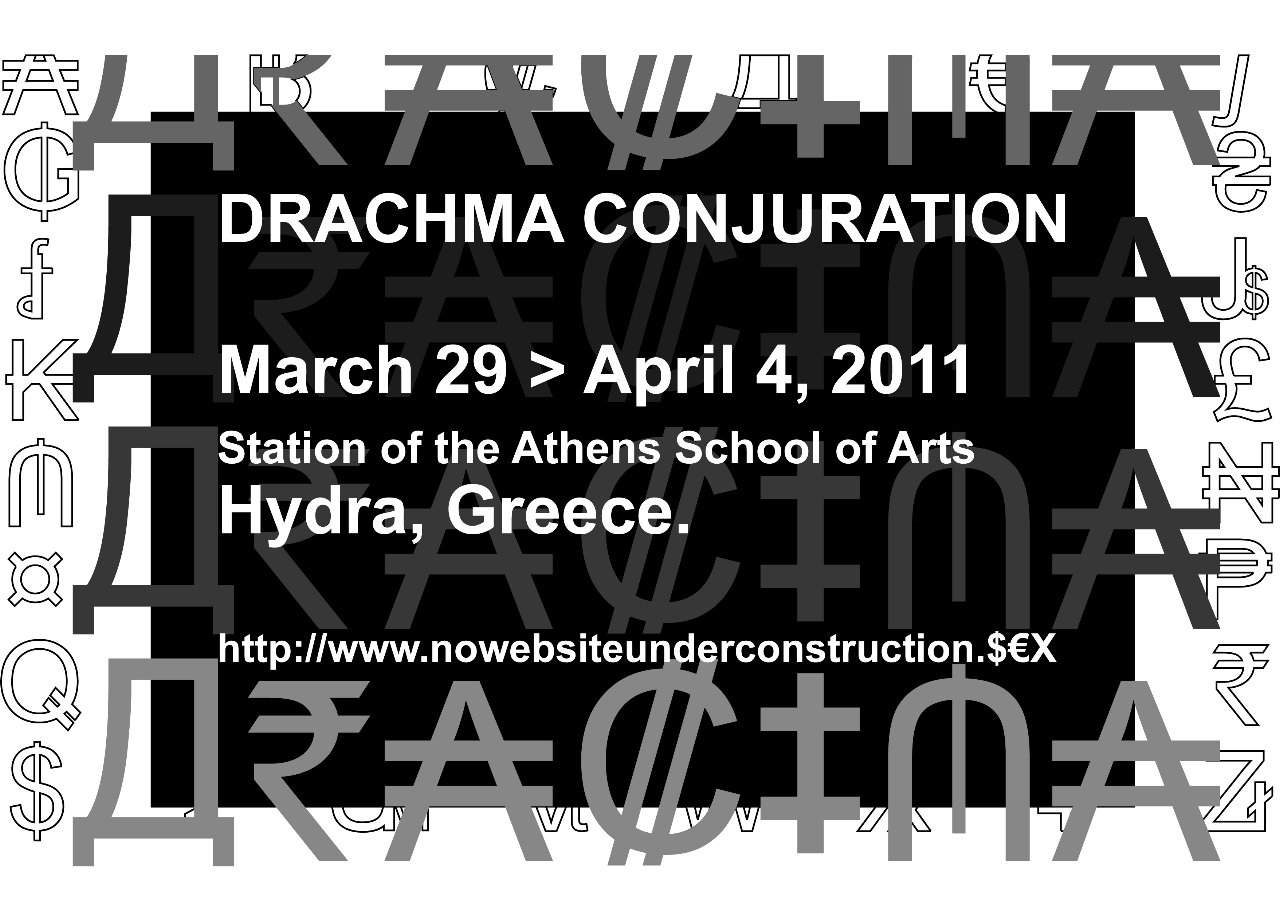 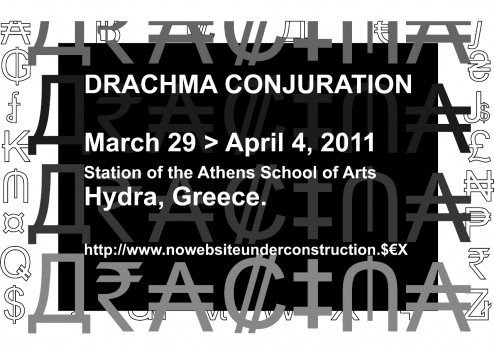 Drachma is a research initiative, involving artists and theorists across disciplines, with an interest in the Greek economic reality and the Greek currency as a manifestation of this reality. We are investigating the Drachma as a symbol of economic value, national identity and political power, as they are expressed historically in the imagery of the currency. The iconographic and the symbolic representations of the Drachma, in the concrete syntactic context of notes and coins, provide a specific frame of reference to our analysis of Greece today. Our methodology includes archival research, art, economic theory, political design, psychoanalysis … Our production will culminate into a symposium, an exhibition, and a publication.

Annex of the Athens School of Fine Art, Hydra, Greece