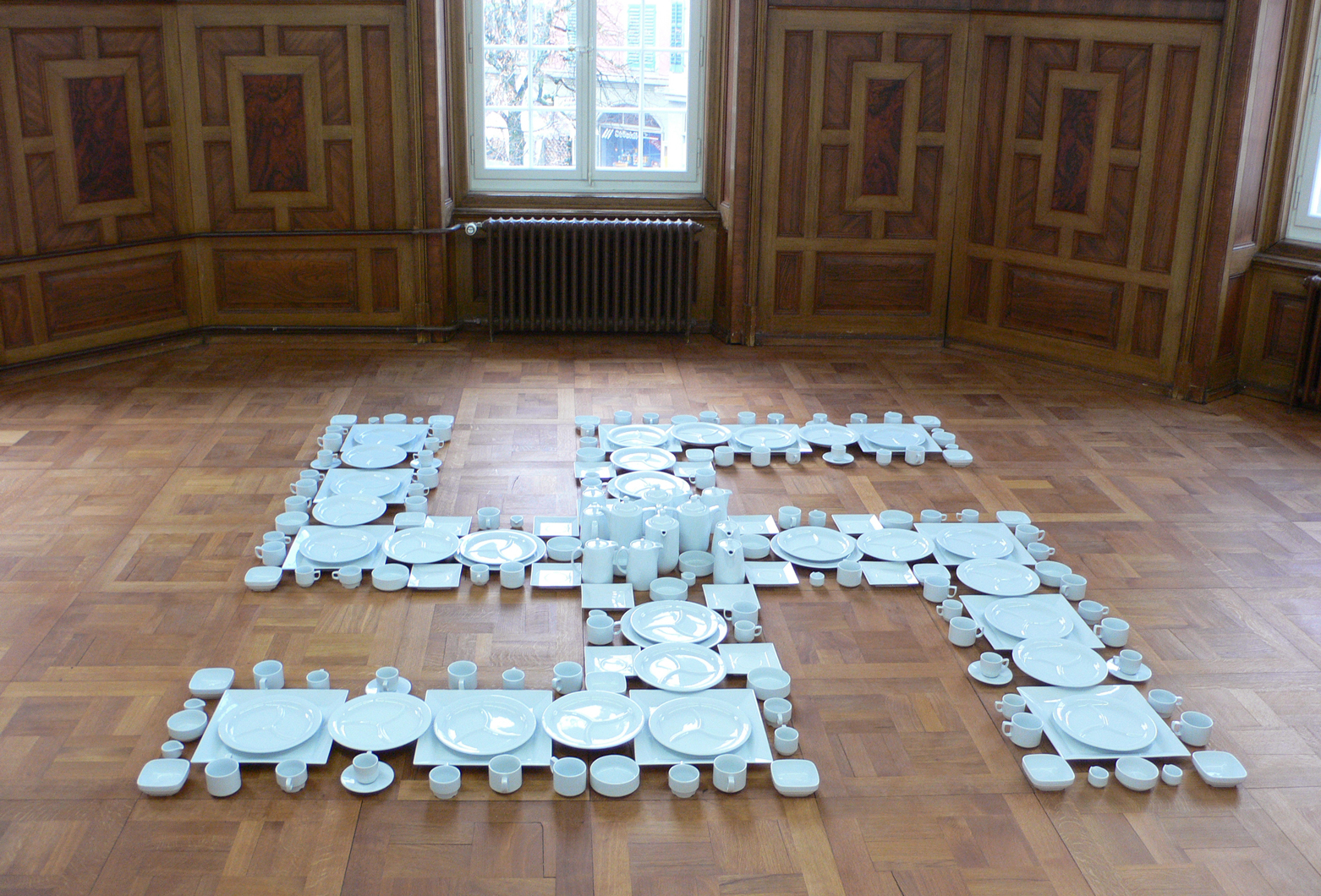 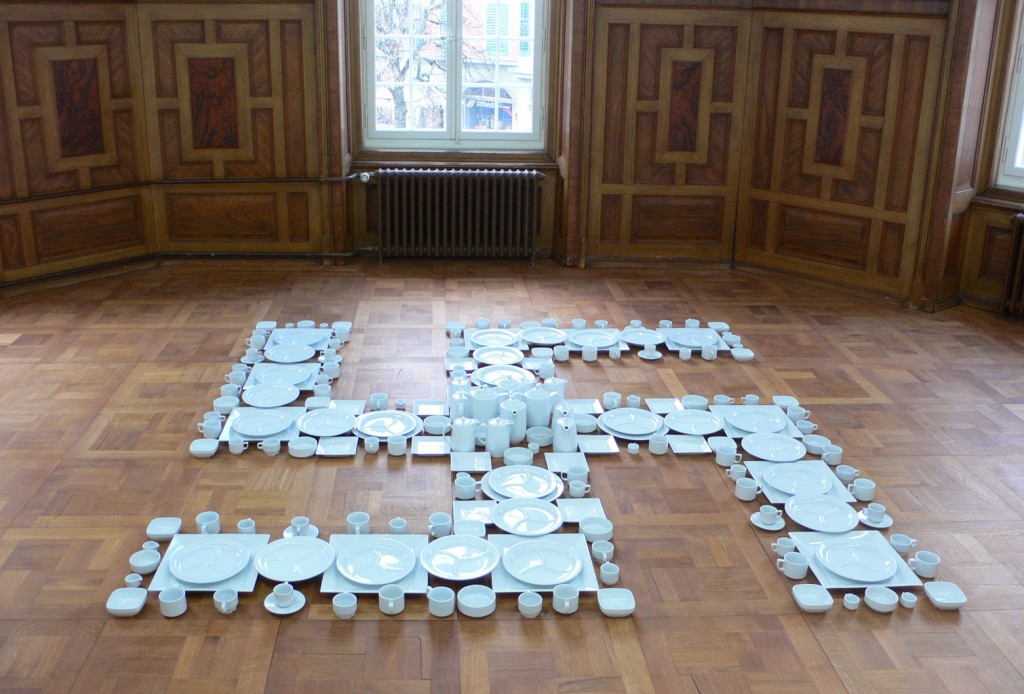 Above image: Wer ist Langenthal?’ (‘Who is Langenthal?’) – Part I/IV
Installation made from ‘Langenthaler Porzellan’, porcelain from the famous local factory

As a winner of the Kiefer-Hablitzel Award, I was invited to present a new work at the exhibition ‘Unter 30 VI’ at the Kunsthaus Langenthal. According to my usual methodology, I intensively researched the history of the place and discovered how the town in the middle of Switzerland repeatedly was a battleground for Swiss identity and civil rights issues. Be that in the Peasants War of 1653, when Langenthal was the headquarters of the rebels fighting against the privileges of the burghers of Zürich and Bern – or 280 years later, in a time when the German immigrants were the talk of the town and the rumour was making the rounds that the new, fully-automatic oven of the porcelain-factory was for the planned extermination camp that would be built there upon arrival of the Nazis.
Until today, with Langenthal being the only constituency in Switzerland with a Neo-Nazi in the city council. And where the construction of a minaret planned by the Muslim community of Langenthal caused the discussion that led to the ban of minarets in Switzerland.
“Who is Langenthal?“ explores this ever-returning question of who belongs and does not, in four emblematic parts. Especially Part I, the swastika made of Langenthal porcelain, caused large media attention and had to be removed by pressure from the company that loaned the material. Also Part II was vandalised over night and had to be restored during the course of the exhibition.
But the issue regarding the rumours of the porcelain-oven was discussed in the public sphere and the necessity of historical investigation was repeatedly confirmed. In the wake of this a former undercover government agent broke his silence and explained to the press how the rumour of the oven was used as a psychological weapon to intimidate opponents of the Nazis working at the porcelain factory during WWII. (“He threatened we would be cremated” – Mittelland Zeitung, 17th December 2008). 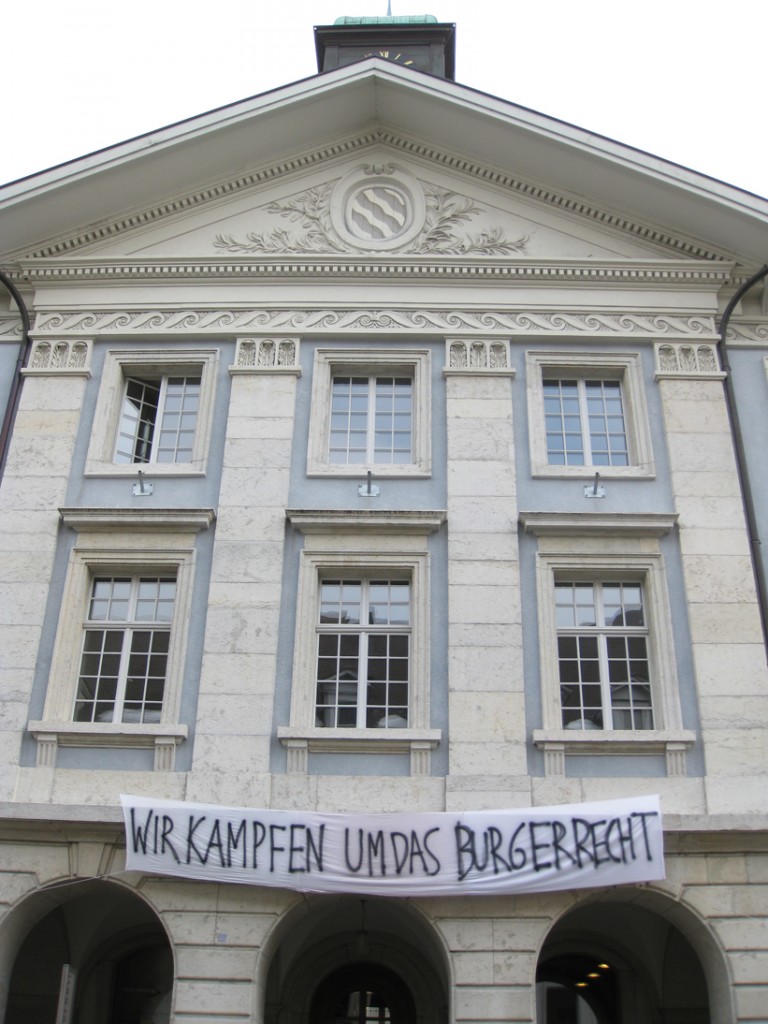 Banner with the writing:

Installation on facade of Kunsthaus Langenthal 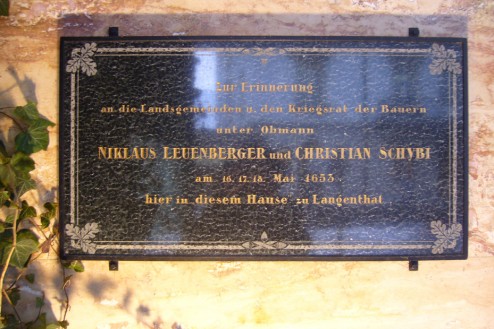 New illumination for commemorative plate for the peasants-uprising of 1653

on the facade of today’s Ristorante Mamma Mia, Marktgasse, Langenthal 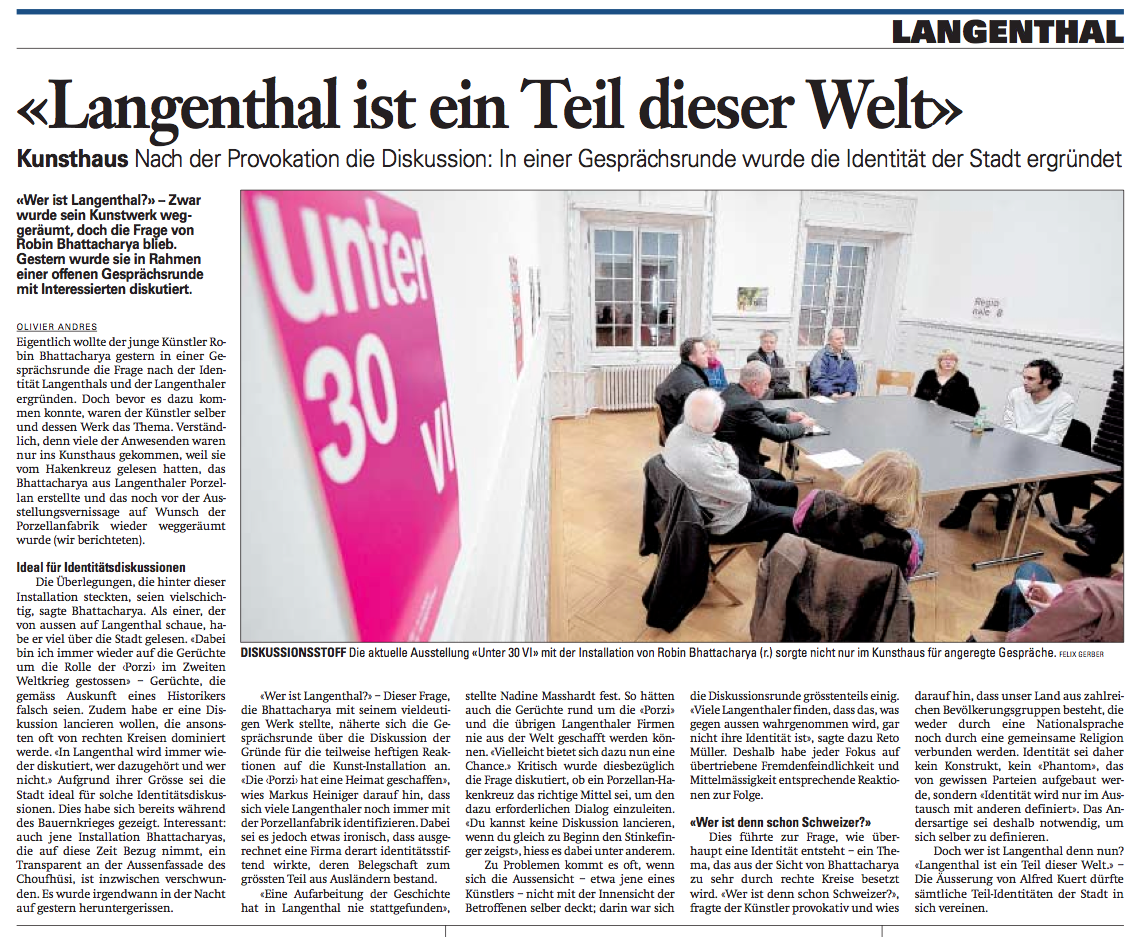 Public Discussion on the topic: